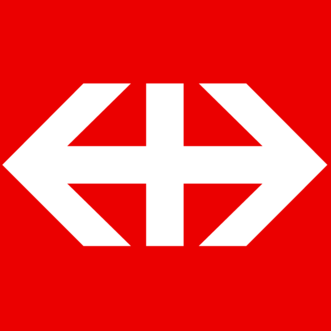 This can be modeled in various ways. In the simplest picture, the tense maps the utterance time to the set of times preceding it; this set can intersect with the set denoted by AspP, and the time denoted by an overt or covert adverbial can round off the resulting set of times.

Next comes Tense, for example, Past. What is Past supposed to do with that set of times?

Arguably the simplest answer is: filter out the non-past times, so only the past times remain. But pastness is a relative concept. It depends on – normally – the time of utterance.

The time of utterance is often seen as a parameter of meaning in the sense that it figures as a fixed argument of the interpretation function, an index on which semantic values depend:

Now the simplest way for the Past to filter out non-past times is for it to denote the set of all past times:

Because then this set can – by the composition principle Intersection (a generalized Predicate Modification) – intersect with the set of times coming from AspP:

This is still just a set of times, and ultimately, the sentence needs to denote a truth value. This last step could be accomplished by a temporal adverbial.

Let us consider a type of event which could plausibly fit within a time frame like a day:

(4)  I cleaned the stove yesterday.

If we assume that "I cleaned the stove" denotes the set of times t before t0 which include the runtime of an event of cleaning the stove with me as its agent, and that the adverb "yesterday" simply denotes a time,

the characteristic function of that set of times can apply to this time by the composition principle Functional Application, to produce

We see that in connection with an adverb like "yesterday", the Past is redundant: the sentence is true iff the day prior to the day of t0 includes the runtime of an event of cleaning the stove with me as its agent.

There are alternative ways to analyze simple tenses like Past, temporal adverbials and their interaction. One is to treat the tense as a free variable over times, assigned a value by the contextual variable assignment, with a presupposition of (say) pastness:

In this picture, the tense will be the last piece put in place in the composition of the sentence, after a positional temporal adverbial like "yesterday", which must denote a set of times.

This approach is primarily motivated by sentences without any positional temporal adverbial, which are felt to refer anaphorically to a contextually determined time.

Tense as a definite/indefinite 'article'

Another way is to treat the tense and a possibly covert temporal adverbial as one constituent, a quantifier over times. Then it is possible to unite an existential with a referential theory.

A positional temporal adverbial will denote a set of times – as suggested by in June 2018 – and the tense can act as a determiner (with an implicit restriction of pastness), oscillating between an indefinite and a definite interpretation: