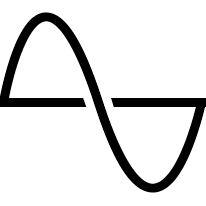 On the other hand, a simple past in a language like Russian can receive a relative interpretation, as if it were complex.

A reminiscent contrast is observed in subordinate clauses, between Sequence-of-tense and Non-Sequence-of-Tense.

Standard ways to model these phenomena include shifting the utterance time and assuming that tenses under tenses can be uninterpretable.

Consider the following Russian sentence, which is ambiguous (from Grønn 2004: 181):

λt1 a t < t1 includes an event of the gangsters killing Vanja.

Definitions like (2) and (3) would both be relevant for the past perfect in a language like English. Consider (4):

(4)  When I returned, the gangsters had killed Vanja.

One would say that there are two past tenses in the main clause, a relative past marked by the past participle form and an absolute past marked by the finite past form. The output from the former is to serve as input for the latter, mediated by an adverbial like the when clause.

But for modeling embedded relative tenses, we may need something slightly different …

In cases like the Russian sentence (5), the time relative to which the embedded past is past seems to coincide with the time of the event described in the matrix:

There is a corresponding relative future tense too.

See Grønn (2015) and Grønn and von Stechow (2016) for a way to unify absolute tenses and different uses of relative tenses in a general framework.

Now what about the use of the past perfect in a sentence like (7):

It is customary to regard the finite past in such complement clauses as a pure concord thing, an uninterpretable zero tense, in a more general picture of SOT (see, e.g., Grønn and von Stechow 2010). Then the non-finite, relative past is all there is to be interpreted in the complement clause in (7), and the definition (6) can be used here too.

The zero tense can be the only tense:

To express this content, Russian must use a (relative) present in the complement clause.

An alternative would be to treat the past tense not as a zero tense but as an absolute past. Clear counterevidence to that is provided by these Norwegian examples:

Present perfect versus simple past

There is a division of labor between the simple past and the present perfect in a language like English regarding the position of the time preceding the time of utterance: the former requires it to be restricted to a frame with a right bound, while the latter rejects such a restriction.

This constraint is known as the present perfect puzzle. Various ways to account for it have been proposed; see Grønn and von Stechow (t.a.).